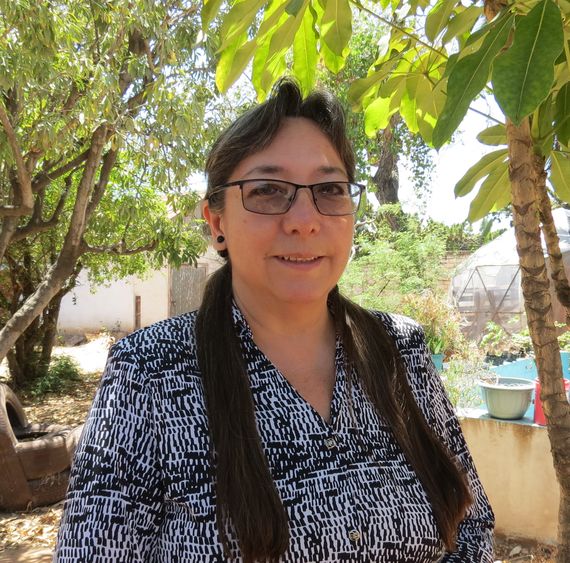 Graduated in Biology, from the Autonomous University of Baja California.

She is a founding member of the organization in 1988. She is currently the General Director.

She has been in charge of the design, management of financing and management of more than 40 projects. She has established alliances and collaborations with other organizations and with different sectors of the community. She has served as a Board Member of various Mexican and American organizations, such as Fondo Acción Solidaria AC, the Advisory Board of the San Diego Natural History Museum, the Binational Advisory Council of The Ocean Foundation, and the Advisory Council of the Group of Federal Protected Areas of Bahia de los Angeles and the National Park Constitution of 1857.

She participated as a counselor in the 2005-2007 generation in the National Advisory Council for Sustainable Development of SEMARNAT and as representative of Ensenada, in the State Environmental Council of the Secretariat for Environmental Protection of the State from 2010 to 2013. In 2009, she was recognized by the City of Ensenada as a Distinguished Citizen. In 2011, the foundation  La Puerta, A. C., awarded Pro Esteros, the “Angel of the Earth” Prize, for its long-term trajectory and commitment, its scope and professionalism in performance. In December 2012, ZETA Weekly included her in the “Characters of the Year 2012″ edition. Todos Santos Magazine, in a special edition, of April of 2013, included her in its report  “ Characters of the Year”.

Since the beginning of ALCOSTA (Alliance for the Sustainability of the Coastal Northwest) Laura has been part of the Coordinating Committee, also participating with other networks or working groups, besides being part of different International, National, State and Municipal Committees.

She is currently a Technical Specialist in the Group of Scientific and Technical Experts of the Ramsar Convention for the period 2016-2018.

She has among her responsibilities: